News Network for Afghanistan and Pakistan 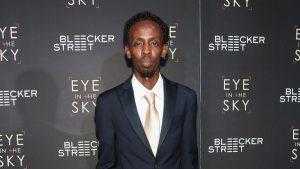 The ‘Captain Phillips’ star plays a scientist he describes as “totally deformed.”
Oscar nominee Barkhad Abdi is headed to the future for Blade Runner 2049 — and he’s revealing a few details about his character.

“He’s a scientist,” Abdi tells Heat Vision of his role in the film, a sequel to Ridley Scott’s 1982 classic, “and he’s totally deformed.”

For Abdi, who shot scenes with Gosling, the weight of living up to the original was on his mind. “It’s not pressure, it’s a blessing,” says Abdi.

“But for me, I do everything that I do to the full extent like it’s the last one. I feel an obligation to overpass Captain Phillips — that’s my goal,” adds the actor, who has since also co-starred in Eye in the Sky opposite Helen Mirren, and the upcoming Dabka with Evan Peters. “So every time I have an opportunity, I like to do what I can, because I’m all about this [career].”

Manage Cookie Consent
To provide the best experiences, we use technologies like cookies to store and/or access device information. Consenting to these technologies will allow us to process data such as browsing behavior or unique IDs on this site. Not consenting or withdrawing consent, may adversely affect certain features and functions.
Manage options Manage services Manage vendors Read more about these purposes
View preferences
{title} {title} {title}